Sneakers worn by the characters of “Stranger things 3”

Shortly after watching the third season of the Netflix’s hit “Stranger Things” we have decided to analyze the characters, or to be more precise, the shoes worn by them. The action of the third part of the already iconic TV series takes us to 1985 and once again we are back to Hawkins, an American small town. This time, the newly opened shopping centre called Starcourt is the main setting where practically the whole season of “Stranger Things” takes place. Both Steve, one of the main characters, and his friend Robin, the new kid on the block, and an ice cream parlour employee, work there. As you can deduce from the title, Starcourt has also become the setting for the final scene, "The Battle of Starcourt".

Spoiler alert - Billy, one of the main characters, is possessed by a huge Mind Flayer and tries to capture as many new victims for the antagonist as possible. This is a short summary of the plot of the latest season of “Stranger Things”.

Now, let’s get down to the shoes worn by the main characters. We need to tell you that the production designers did a really good job. The action of all three seasons of “Stranger Things” takes place in the first half of the 80s which is one of the most colorful and crazy decades. As many specialists in our shop grew up at the same time as the TV series characters, it gets a little bit easier to verify whether the particular outfits of the protagonists are realistic.

Reebok is the sneaker brand appearing most frequently on the screen. We are definitely not surprised because at the beginning of the 80s the British brand started expanding overseas, mainly on the American market. Thanks to the fitness fashion and the fact that Nike and adidas were just taking their first steps on the US market, Reebok could take advantage of the situation.

But how does it influence the shoes of the main characters of “Stranger Things”? Well, Reebok Classic were chosen by five protagonists. Joyce (Winona Ryder) and Mike (Finn Wolfhard) went for Reebok Classic Nylon. Although Lucas (Caleb McLaughlin) was wearing Saucony Jazz Original in the previous series, this time he didn’t want to stand out from the crowd and chose Reebok Workout and Converse Fastbreak. 11 (Millie Bobby Brown), the Mike’s partner also followed others in their footsteps and proudly wore Reebok Freestyle Hi, the sports hit of those years. Hilarious Dusty (Gaten Matarazzo) remains faithful to the British brand and from the very beginning wears his favorite white Reebok Classic Leather.

If you haven’t seen the third part of “Stranger Things” yet, we strongly encourage you to watch it in your free time. In our humble opinion, after a predictable second season, the third part is a real success and the most gripping one so far.

An interesting tip. Don't turn off the last episode too early as there is an additional 2-minute epilogue after the closing credits. 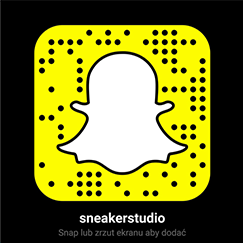